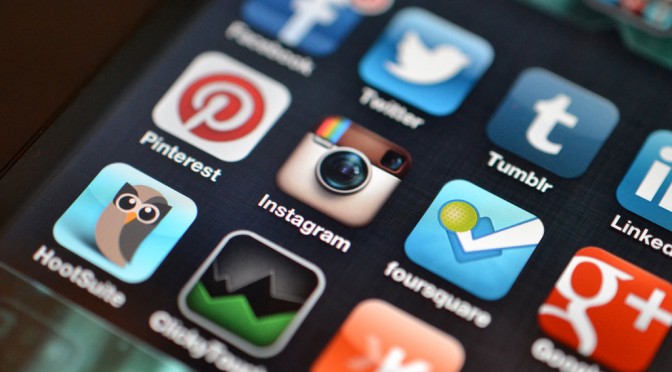 Part of my research this semester focuses on legal issues arising from the re-use of social media assets such as photos, posts and videos. I’m developing guidelines for their re-use by several communities I care about: journalists, social media users and bloggers, as well as artists, publishers, businesses and, of course, lawyers, judges and other officers of our court system.

For journalists, these materials fall under the catch-all term “user-generated content,” or UGC. A great deal of my job on the engagement team at IndyStar.com revolved around sourcing, gathering and republishing such content. (Here’s an example of my work rounding up social media reaction to Indiana’s same-sex marriage ruling.)

A good example of the confusion that often surrounds whether and how to re-use photos in particular arises from an issue raised by Katie Hawkins-Gaar at Poynter.org about the nine-image Instagram mosaic used on the front page of the New York Times for Wednesday, Jan. 28, 2015.

Hawkins-Gaar, who  previously led CNN’s iReport citizen-journalism program, pointed out in a blog post what she saw as a few missteps by the Times in their re-use of these photos. Most surprising to me: It appears that NYT never told these contributors theirs had made the cut for the website roundup, let alone gave them advance notice of being republished in print.

Jeca Taudte, one of the Instagrammers featured, said the Times didn’t contact her prior to publishing her photo. “Another gracious Instagrammer [commented] on my photo, which alerted me to the fact that me submission had been selected for the online slideshow,” she said. It wasn’t until a Facebook friend posted a photo of the paper that Taude realized that her shot made it on the Times’ front page.

Right away, I thought: Engagement #fail! Part of the beauty of UGC is that you get users directly involved with your news site and your journalism brand. Soliciting their work and featuring it on your site creates an excitement and, in my view, a positive emotional bond that may be decisive when that subscription notice gets sent. But none of that happens if you don’t TELL them about it. Instead, I bet these Instagram users now have at best a residual bad taste at the Times’ discourtesy. Notice that this person described the Instagrammer who did notify her of the publication as “gracious.”

More alarming to me, however, was that the Times didn’t appear to specifically alert Instagram users to the possibility of print re-usage in their callout a few days earlier: “Share Your Instagram Photos From The Snowstorm.”

The New York Times would like to invite readers across the Northeast to share their experience with the snowstorm. We’d like to see your Instagram photos of the snow, as seen from your window. … And if you’d like to share a video, please tag it on Instagram using #NYTsnow. We are continuously featuring a selection of photos on our site this week.

Maybe it’s because I’m someone who knows a) what a big deal it is for your work to be featured in the New York Times print edition, let alone A1, and b) how much MONEY they routinely pay professionals for photographs published in print that I feel it was wrong of the Times not to explicitly state the possibility of print publication. The callout only points to the spot on the website where the editors’ favorites are being featured.

Not everyone agrees with me that the Instagram users should have been more explicitly advised of the possibility of print publication. On Twitter and on my Facebook thread, journalism blogger Jim Romenesko called this piece a dumb complaint. “The Times has long been a PRINT publication; do readers really have to be told that there’s a chance their submitted work will end up there? I don’t think so.”

But did Taudte submit the photo, or did they just grab it? There’s no use of the #NYTsnow tag on this photo on Instagram. That hashtag would be the marker I would look for on social media as a sign of consent for the photo to be collected and republished in the context of a UGC callout.

That leads me to my three general questions I always ask when wondering whether I can reuse UGC:

Cori Faklaris (aka "HeyCori") is a PhD researcher at Carnegie Mellon University's Human-Computer Interaction Institute in Pittsburgh, Pennsylvania, USA. Faklaris is an social media expert and longtime journalist who brings this expertise to her work in usability for privacy, security and emerging technologies, such as the Internet of Things. View all posts by Cori