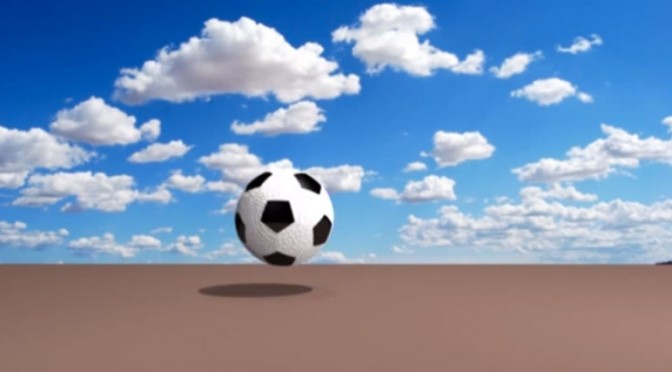 If you’ve been following my blog, you’ve surely noticed I’ve suspended daily news-link roundups for now. That’s because, with deadlines looming, I’m trying to force myself to work on my semester projects by limiting my Internet and social media until they’re finished. Writing on the blog was becoming a form of procrastination!

But I have to show off this: my first-ever creation of a 3-D model and animation. It’s a bouncing soccer ball, partly because my team’s multimedia course project for our N501 class on Foundations of Digital Production might require such a 3D special effect. I picked it also partly because I suspected it would be an easy object to model!

To create the work, I used a trial version of Maya 2015, the industry-standard software. I was guided by tutorials from my fellow students and from Lynda.com on how to set up and render a realistic 3D virtual environment, particularly setting up three-point lighting in order to create shadows and adding the coloring and material texture that covers the geometric skeleton of the ball. I also owe a debt to a YouTube tutorial posted by TheArtAshram.com on creating a realistic soccer ball.

This is actually the second video I produced. I created a much more realistic environment and soccer ball for a first draft — waving blades of grass for the ground; shiny leather and distinct stitching between the pentagonal ball segments; even more realistic bouncing motion — but my creaky old MacBook was not able to render the fine details successfully. Sigh. I downgraded it to a flat plane surface and a rougher Nerf-style texture for the ball in order to make sure the video output would show all my hard work.

As frustrated as I was not to be able to show an even better example, I was psyched to receive 10 out of 10 on this assignment! 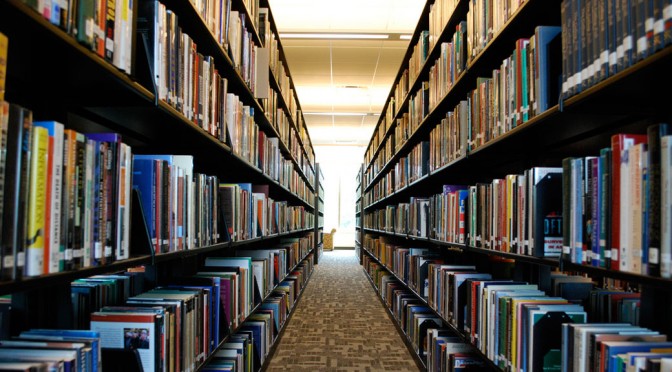 Here’s my animation using Adobe After Effects of the 1537 poem “To a Sick Damsel (A une damoyselle malade),” finished for a class assignment in kinetic typography. Really proud of how this turned out!

This translation was done by Indiana University professor Douglas R. Hofstadter from the French original by Clément Marot. Hofstadter is director of IU’s Center for Research on Concepts and Cognition though his IU bio notes he “actually is pretty much left alone to pursue his multifarious interests.”

For Christmas, friends gave me Hofstadter’s book “Le Ton Beau de Marot: In Praise of the Music of Language” (BasicBooks, 1997).  The book’s summary at Amazon.com  nicely sums up its wit and beauty in discussing the art of translation and a whole host of related issues.

”Le ton beau de Marot” literally means ”The sweet tone of Marot”, but to a French ear it suggests ”Le tombeau de Marot”—that is, ”The tomb of Marot”. That double entendre foreshadows the linguistic exuberance of this book, which was sparked a decade ago when Hofstadter … got hooked on the challenge of recreating both its sweet message and its tight rhymes in English—jumping through two tough hoops at once.In the next few years, he not only did many of his own translations of Marot’s poem, but also enlisted friends, students, colleagues, family, noted poets, and translators—even three state-of-the-art translation programs!—to try their hand at this subtle challenge. …

Rife with stunning form-content interplay, crammed with creative linguistic experiments yet always crystal-clear, this book is meant not only for lovers of literature, but also for people who wish to be brought into contact with current ideas about how creativity works, and who wish to see how today’s computational models of language and thought stack up next to the human mind. 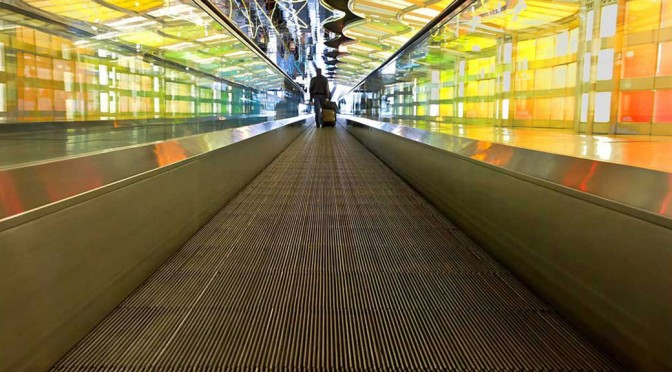 Absurdly proud of having made this! A classmate provided the MP3 audio recording, then we created vector typography layers in Illustrator and brought everything into After Effects to create the kinetic motion effects.